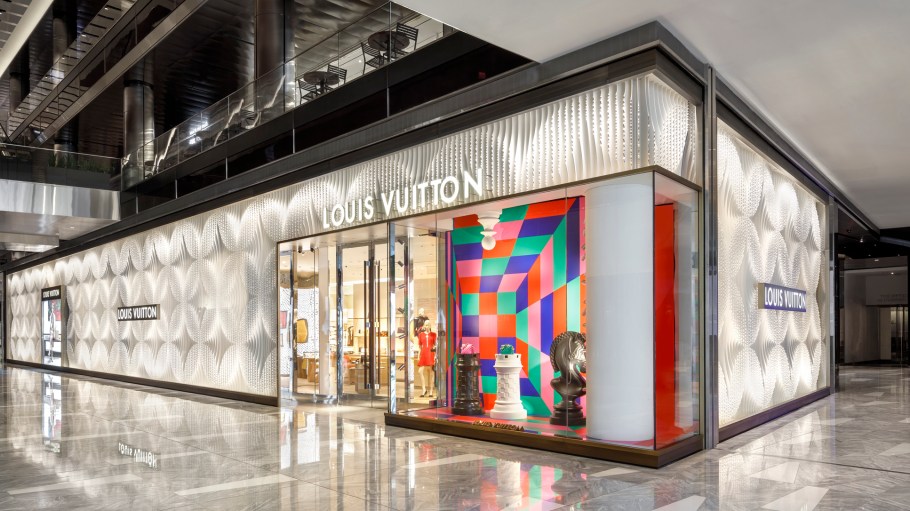 PARIS — LVMH Moët Hennessy Louis Vuitton said revenues soared 29 percent in the first quarter, as the U.S. and Europe logged double-digit growth, fending off concerns that the war in Ukraine will weigh on growth and fuel inflation.

Meanwhile, revenues in Asia continued to grow despite the impact of a tightening of health restrictions in March, including a drastic lockdown in Shanghai, that has forced the group to close between 15 percent and 25 percent of its stores in China since March 15.

That represented a rise of 23 percent year-over-year on a like-for-like basis, indicating a slight slowdown from the fourth quarter of 2021, when organic revenues increased 27 percent.

The key fashion and leather goods division posted organic sales growth of 30 percent during the period, also beating analysts’ median forecast. The rise was fueled by Vuitton and Dior, its two star brands, as well as “very strong” growth at Celine and a “solid” increase at Fendi.

“In the current geopolitical context and in light of the ongoing impact of the pandemic, LVMH remains both vigilant and confident at the beginning of this year,” the group said in a statement.

“The LVMH Group is closely monitoring developments in Ukraine and the region. Its first priority was to ensure the safety of its employees in Ukraine and to provide them with all the necessary financial and operational assistance,” it added.

LVMH said in early March it was “temporarily” closing its stores in Russia “given the current circumstances in the region.” It is believed the conglomerate operates about 120 boutiques in Russia. In parallel, it donated 5 million euros to the International Committee of the Red Cross to help the victims of the conflict in Ukraine.

As part of a range of sanctions against the government of President Vladimir Putin, the U.S. and European Union have banned sales of luxury goods to Russia.

However, the direct impact of the measures is expected to be limited as the importance of Russia and Russian nationals for the luxury goods sector has declined over the years and is now “relatively immaterial,” according to a recent report from Morgan Stanley. The bank estimated that for companies such as LVMH and Kering, Russians account for about 1 percent of worldwide sales.

As the world’s largest luxury group, and the first to report quarterly sales, LVMH will set the bar for the rest of the sector. Hermès International is scheduled to publish first-quarter sales on Thursday, with Kering to follow on April 21. Meanwhile, Compagnie Financière Richemont is due to report annual results on May 20.

Amid news that U.S. annual inflation hit a four-decade high of 8.5 percent in March, analysts will also focus on the pricing power of luxury brands. Speaking after LVMH reported annual results in January, chairman and chief executive officer Bernard Arnault said he was confident his brands would make up for any increase in production costs.

“We have an advantage over a lot of other companies and other groups, which is that we’re able to have a certain flexibility on prices. So, in the face of inflation, we have the means to react, and I think that demand for our products will continue to be strong,” he said. Vuitton, Dior, Tiffany and Bulgari have all introduced price increases since the start of the year.